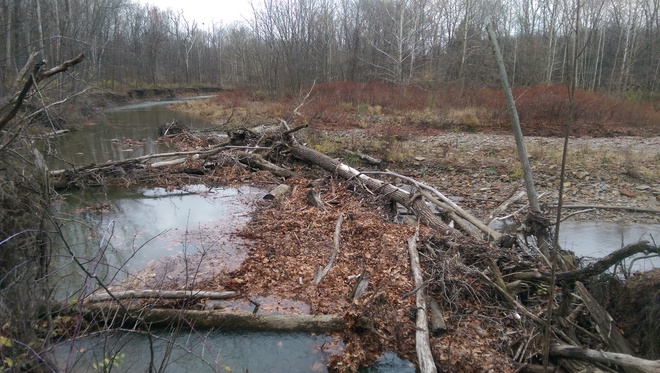 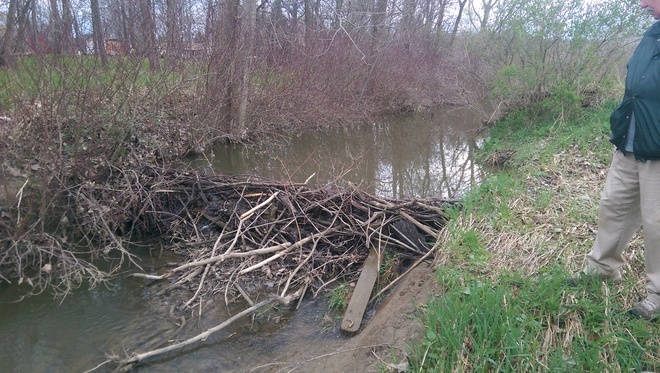 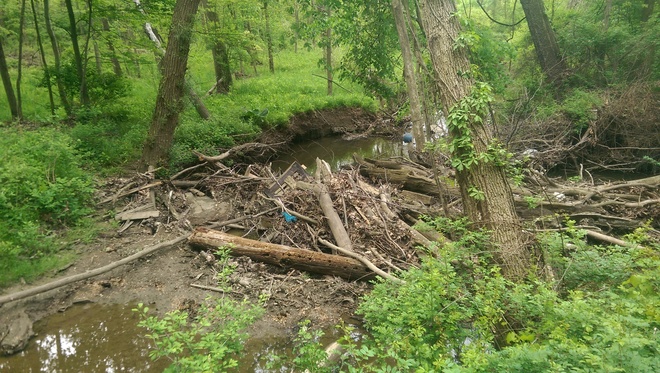 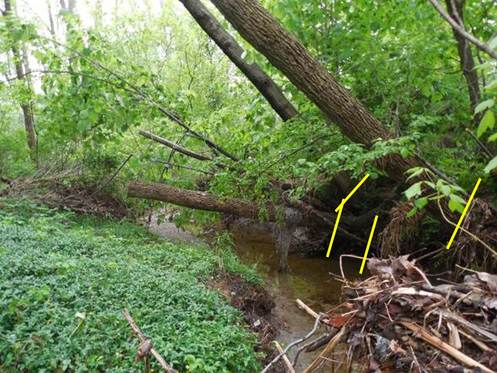 *This is the fourth post in a continuing series on backyard stream management.*

Rivers and streams in our part of the world have four main functions in the landscape. First, and most obviously, they convey water downstream. From the ground water that feeds their base flow to the surface runoff they receive during storms, this is their most apparent function. All too often, however, this is the only function that we consider when making decisions about maintaining backyard streams. By failing to consider the remaining functions of streams – to transport sediment downstream, to transport woody debris downstream, and to provide habitat for aquatic life – we are left to take incomplete and sometimes incorrect management actions.

One of the most common misconceptions that we encounter while providing technical assistance to landowners and municipalities is that all trees, limbs and other woody debris that fall into the stream channel need to be removed. This is seldom the case. In fact, many urban streams actually suffer from a lack of large woody debris (LWD), which benefits the stream environment in many ways.

Primarily, LWD promotes increased diversity in stream channels. It creates diverse directions and speeds of flowing water, which in turn leads to enhanced development of pools and riffles within a stream channel. Well-formed pools and riffles, and varying water currents are essential habitat for the great diversity of fish, bugs and other stream-dwelling aquatic life that we expect to find in healthy streams. Furthermore, the LWD itself provides in-stream cover for fish, and the leaves and other detritus that collect around woody debris provide food and shelter for the microbes and macroinvertebrates that sustain the stream ecosystem.

In addition to their ecological benefits, LWD such as log jams play an important hydrologic role, especially in stream channels that are impacted by excess runoff (so, almost every single stream channel in Greater Cleveland). LWD creates roughness in the channel, which slows stream flow, reducing its erosive force. They can also raise the water level, allowing elevated stream flows to access the floodplain, which provides flood storage and dissipates the stream’s erosive energy. This is especially important in stream channels where the stream bed has been eroded and downcut, thereby disconnecting the stream from the floodplain during most flow conditions.

Because of all these benefits, full or partial removal of a log jam or other large woody debris should only be considered if:

If removal of the woody debris is determined to be necessary, then these guidelines should be followed in order to protect the stream channel and aquatic health: