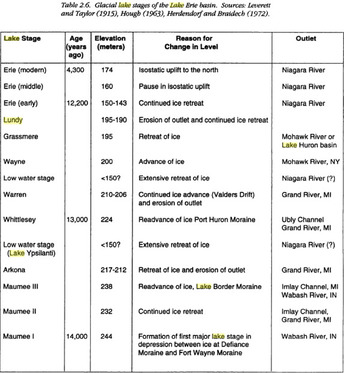 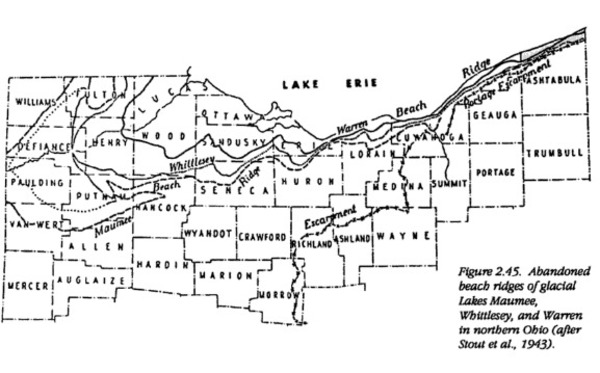 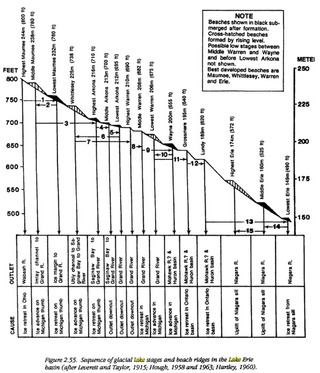 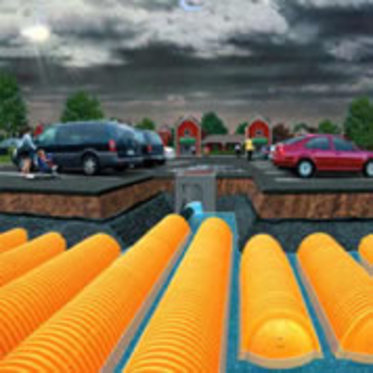 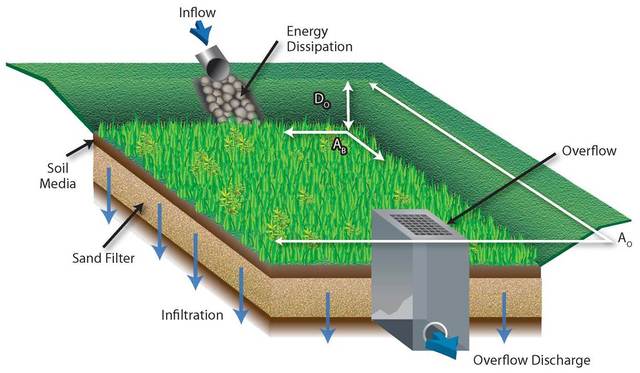 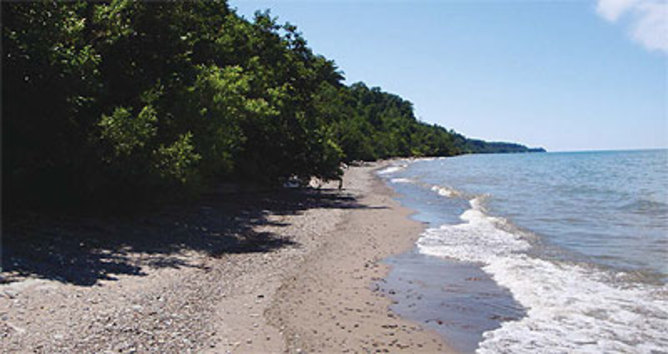 In geology, a proglacial lake is a lake formed either by the damming action of a moraine or ice dam during the retreat of a melting glacier, or by meltwater trapped against an ice sheet due to isostatic depression of the crust around the ice.

Proglacial lakes in the Lake Erie basin began forming 14,000 years ago. What would become modern-day Lake Erie began taking shape around12,200 years ago. The earliest of these lakes, Lake Maumee, had a much higher elevation of 800 feet; as compare to modern-day Lake Erie with an elevation of 570 feet. In between this earliest lake and modern-day Lake Erie there were many other lakes (Arkona, Whittlesey, Warren, Wayne, Grassmere, Lundy) all with varied geographic boundaries. A result of these different lakes are ancient shorelines consisting of gravels and sands typically at higher elevations then the modern shoreline (Bolsenga, S. J., & Herdendorf, C. D. (1993). Lake Erie and Lake St. Clair handbook. Detroit: Wayne State University Press.)

The sand and gravel deposits on these ancient shorelines is how we come to modern-day impacts on stormwater management. Sand and gravel typically have the ability to transmit water quite rapidly. Development within cities such as Cleveland on modern-day Lake Erie is occurring at the higher elevations on these ancient shorelines. Some examples of these areas around Cleveland generally include: The Cleveland Clinic Main Campus along Euclid Avenue, some portions of University Circle, and Detroit Road on the Near West Side.

Sandy and gravely soils with a high rate of percolation on a development site can provide a number of benefits.

1) Stormwater and the pollutants it carries can be discharged into the ground where it will be filtered over very long time periods before recharging the groundwater.

Good soil investigation and proper planning during the development of a new site can utilize the natural treasures that are below our feet when possible.