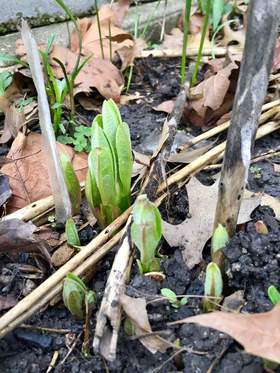 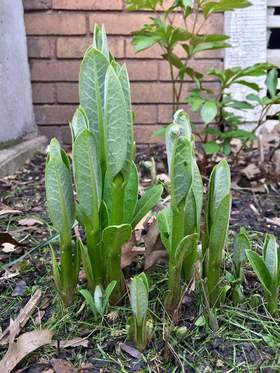 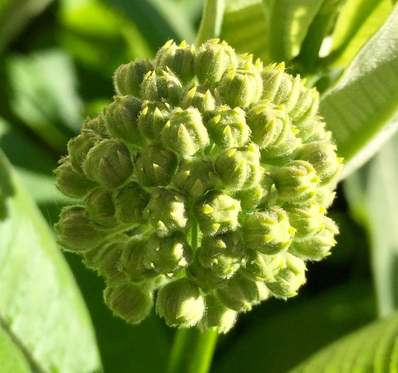 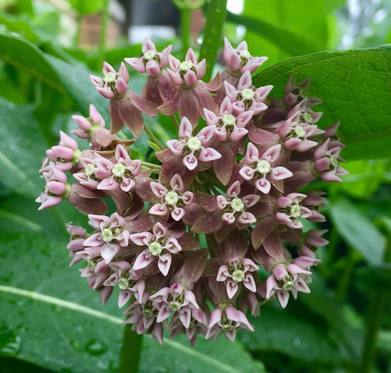 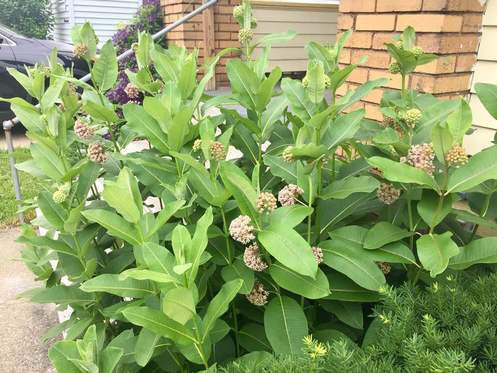 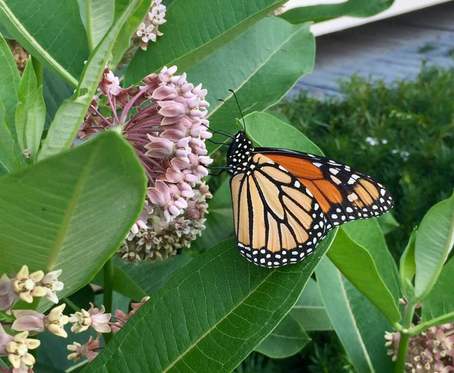 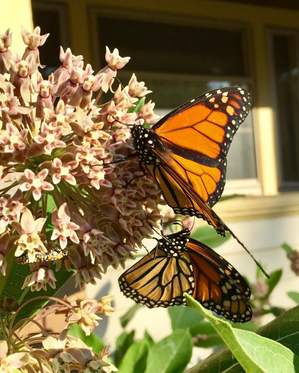 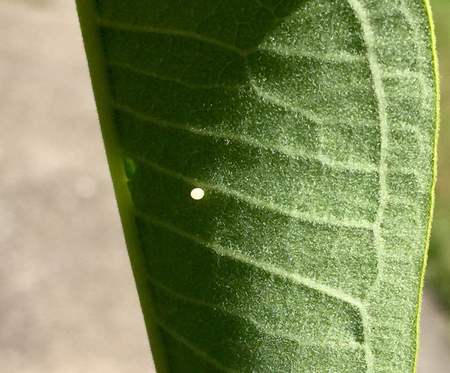 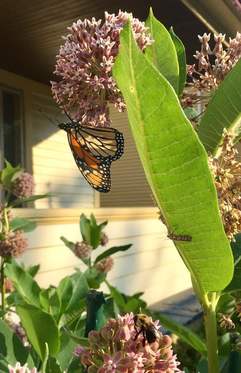 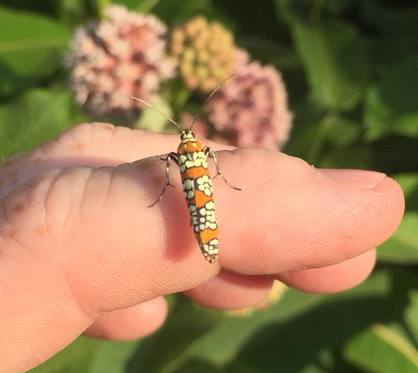 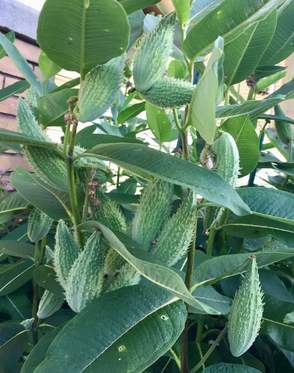 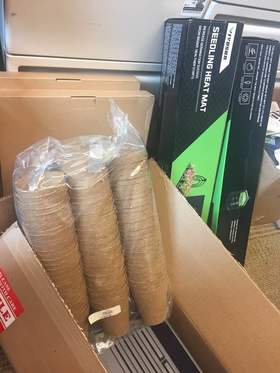 A couple years ago I got some Common Milkweed seeds and I put them in the ground in the Fall thinking I’ll have some wonderful plants come spring. That didn’t quite happen. So I put some more seeds in and bought some Common Milkweed plants (after I searched exhaustively to find them). I had a minimal show and was getting disappointed. Come the following year, all heck broke loose and it was milkweed mania in the little patch I was trying to get started. I’m not sure if it was the plants or the seeds, but I had Common Milkweed galore and it was lovely.

The seeds need to go thru a stratification (cold) period which is what I thought the Winter would do but maybe they just weren’t ready yet. I don’t know. What I do know is that I’m not the best at growing from seed. I forget to water, I ignore them, I forget where I put them and probably have pulled up many plant starts thinking they were weeds. I like to think I’m a patient person but some of my actions tells me otherwise.

Common Milkweed is the host plant for the monarch caterpillar and as we’ve all heard the monarch population is declining. The Xerces Society attributes this to logging and development in monarch overwintering sites, climate change, pesticide use, and loss of milkweed breeding habitat.

Common Milkweed in itself is a fascinating plant. It grows about 3-5 feet and has large balls of pink to purplish flowers that smell AMAZING!!! They attract a host of pollinators, bees, beetles, wasps, moths, and of course monarch butterflies. My milkweed patch was teeming with life and I’ll admit I was sad when the flowers were done. But the seed pods are super cool as well. They need to get brown/gray and nearly split open before you can pick them. You could just leave them on the plant to crack open and spread their seed, but if you want to harvest them, wait until they are brown/gray. Don’t pick them when they are green, the seeds won’t be viable. Monarchs did lay eggs on my milkweed leaves but I have yet to see any caterpillars. I suppose they lay in numbers knowing some will get eaten by prey and some will survive. Some people raise the eggs inside and release the monarchs - that is a whole other blog.

Monarchs have a FASCINATING migration journey. The monarchs that emerge here in late Summer/early Fall are biologically and behaviorally different from those emerging in the summer. They look the same but these adults won’t mate or lay eggs until the following Spring and they fly all the way to Mexico to spent the Winter. We’re talking one to three thousand miles!!! I know, it’s crazy!!! That generation hangs out in Mexico for the winter. Mexico’s monarch sanctuaries straddle two states, the State of Mexico and Michoacan and I WILL go there some day to see them.

These monarchs leave Mexico around the second week of March flying north looking for milkweed plants. They are the only hope for the next generation and they have already survived a long, arduous trip to Mexico, a Winter, and another long trip back up north. They lay their eggs in the southern U.S. and then they die. The next generation emerges and goes a little further north. They will have 3-4 generations during the Spring and Summer months. Again, the monarchs that emerge in the late Summer/early Fall are the ones who live the longest and make that trip back to Mexico. There are other overwintering sites, but I’m referring to the monarchs we see here in Northeast Ohio.

So let’s help them out, give them some Common Milkweed to lay their eggs on their journeys back and forth. Plant it everywhere!! Plant other nectar sources for them to feed on as well.

But where do you find Common Milkweed plants? I have seen them at some native plant sales in the Spring but not very many. So, we are going to grown some Common Milkweed seeds here at the office over the winter and will (hopefully) have them ready for the public in Spring. I want to bridge that gap and make the Common Milkweed available to the public. So even though I’m not the best at growing from seed, I’m going to give it a try here at the office with the right equipment. Let’s hope my lack of patience with seeds stays in check and we are successful!

As an addition to this blog, on Sunday, July 29th, TODAY's Willie Geist featured Dr. Lincoln Brower on the segment A Life Well Lived. From their website - 'Since a young age, Dr. Lincoln Brower has been fascinated by monarch butterflies. Through his life’s work, he was also able to gain the world’s fascination of the orange and black insect. With his enthusiasm and expertise, he helped set up sanctuaries for the butterflies as they instinctually migrate to Mexico. Brower died last week at age 86.'