Living In Harmony with Wildlife - Bats 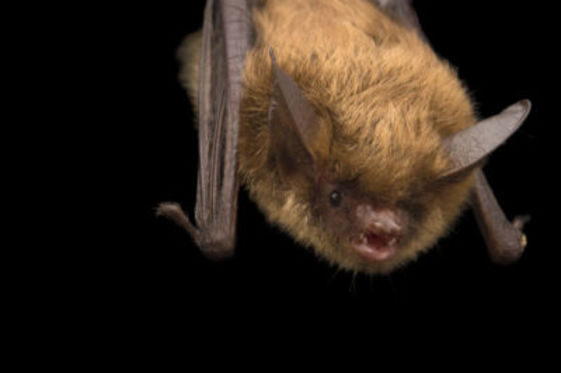 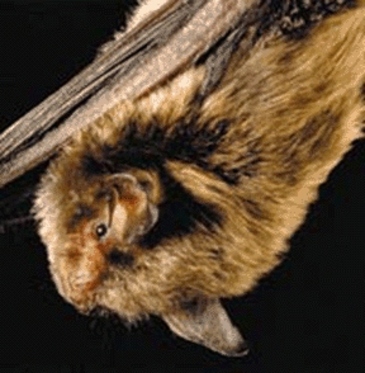 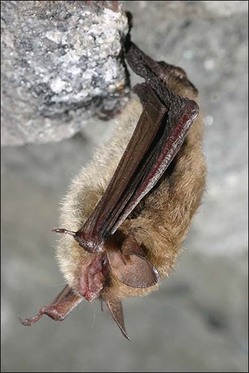 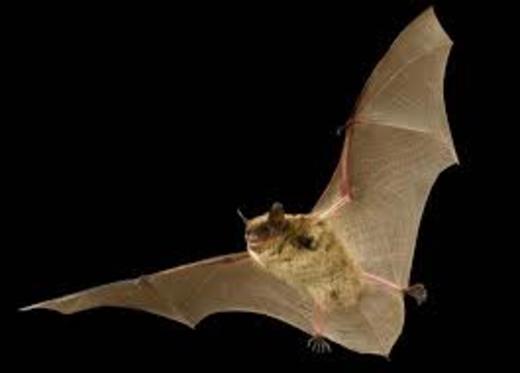 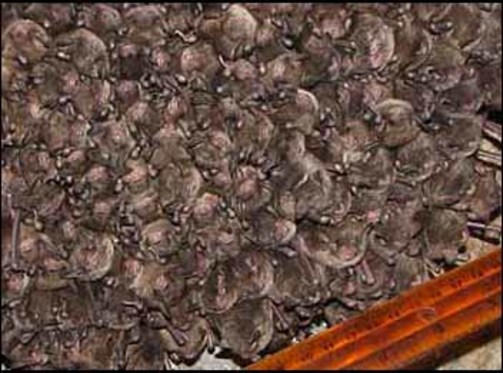 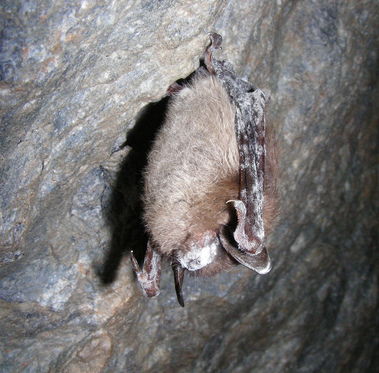 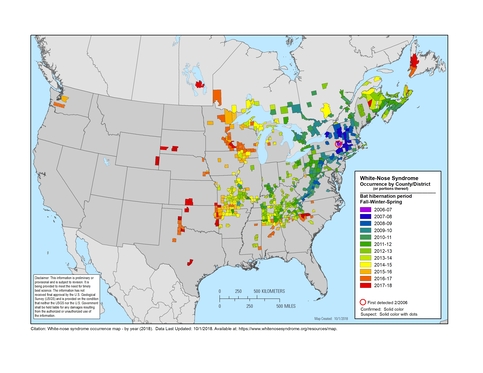 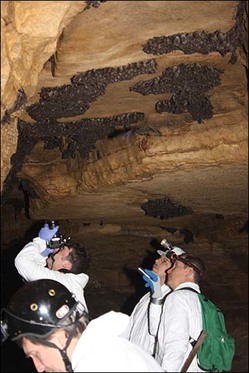 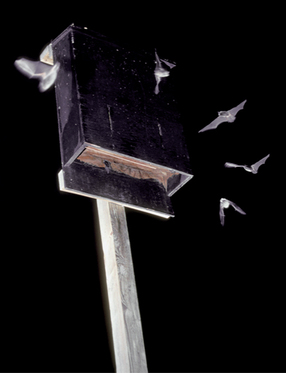 One of the most intriguing mammals, in my opinion, is the bat. For as long as I can remember I have always been fascinated by these mysterious little creatures. It may be the fact that they are not often seen, their weird appearance, stealth, or their association with the infamous Dracula that they are often misunderstood and sometimes get a bad rap. However, bats are actually pretty beneficial little guys to have around.

These cute nocturnal creatures are the only mammal that can fly. Echolocating furballs with wings, how cool is that! And did you know that they can live into their 30's possibly due to hibernation and their ability to lower their body temps in the summer! Okay so maybe some people find small furry creatures that fly in the night a little creepy, but not me. The only time I have ever gotten creeped out by a bat is when it was in my basement and flew very close to my head when I had no idea it was down there. Who wouldn't get freaked out by something zooming past their head out of nowhere? Bats are not out to attack you and get caught in your hair because they can't see, etc. While they do use echolocation and those big ears to help them find prey while flying they are not blind and actually have very good eyesight. Another common misconception is rabies. Bats do carry and can transfer rabies. However, very few bats actually carry the virus, only 6% of bats submitted to the CDC tested positive. There is only an average of 0 - 2 bat rabies deaths per year in the United States, usually due to people mishandling them and not seeking medical attention. If you do happen to get bats in your "belfry" the removal process is not an easy one as there are many rules and regulations and it is illegal to kill them. A wildlife professional should be contacted to assist you. NEVER attempt to catch a bat by yourself. If you do happen to get bitten seek medical attention as soon as possible in case there is a risk of rabies. Overall, bats are nothing to be afraid of and we should be grateful to them for the work they are doing at night. Most bats around here are relatively small, but they consume a very large amount of the insects that fly around at night, including mosquitoes and stink bugs. A bat will eat approximately half of its body weight in flying insects every night. For example, the little brown bat (Ohio's most common bat species) eats approximately 1 insect every 7 seconds using a cool technique with its wings. This helps us, other wildlife, forests, and crops by helping to control insect populations and the spread of diseases such as West Nile Virus and Zika Virus, not to mention annoying mosquito bites in general.

Unfortunately, two of Ohio's thirteen bat species are in trouble. The Indiana bat has been listed as endangered since 1967 and the northern long-eared bat joined the threatened list in 2015, both on a federal level and protected by the Endangered Species Act. Their decline is due to loss and fragmentation of habitat, commercialization of caves, pesticides and other chemicals, polluted drinking water, and an extremely devastating fungal disease called white-nose syndrome. So what can we do to help them and other bats? One of the things that we do as plan reviewers at Cuyahoga SWCD is to look at the timeline of a construction project and what kind of area it is in. Do they need to perform tree clearing? If so, when do they plan on doing it? Once these bats emerge from hibernating in caves it is time for baby making. Certain trees are preferred by female bats for use as maternity roosts and as such, tree clearing should not be done between April 1st and September 30th. If a developer wants to clear trees within this timeframe there are various steps that should be taken. If the project needs to have a Section 404 permit from the US Army Corps of Engineers the Endangered Species Act is automatically enforced and they are simply not permitted to clear trees during this time frame unless they get a bat survey done and none of these bats or roosting trees are found. However, if they do not require this permit it is still strongly recommended that they have a bat survey done to find out if any of these bats are residing within the site or if there are any ideal roosting trees. If they do not have a survey done and it is found that one of these bats are injured or killed on their site they will be subject to penalties and fines. There are other measures being taken as well to help bats. When various types of surveys are performed that require the handling of bats there are protocols for decontamination in order to minimize the risk of transferring white-nose syndrome from handler to bat and from bat to bat. Habitat restoration is another step that is being taken to help these little guys.

What can you do to help bats in your own backyard? You can build or buy a bat box! Bats like to have their dens located near a waterbody for drinking and that's where the aquatic flying bugs like to hang out. It should also be high up in an area where it will get sun because they like it to be warm (80 to 90 degrees). I would encourage Boy and Girl Scout troops or classrooms to build these as a project. Instructions for building a bat box can be found here and boxes and kits can be found on various sites online. One of the benefits of installing bat boxes, protecting, and restoring bat habitat is that your attic will look a lot less appealing to them. In addition, The Ohio Division of Wildlife is asking for volunteers to help with their Ohio Bat Roost Monitoring Project. This is a project that the whole family can participate in and become citizen scientists!

As always, everything we do affects something else. Let’s do what we can to have a positive impact on our environment and the creatures with in it (that includes humans). Happy Earth Day!