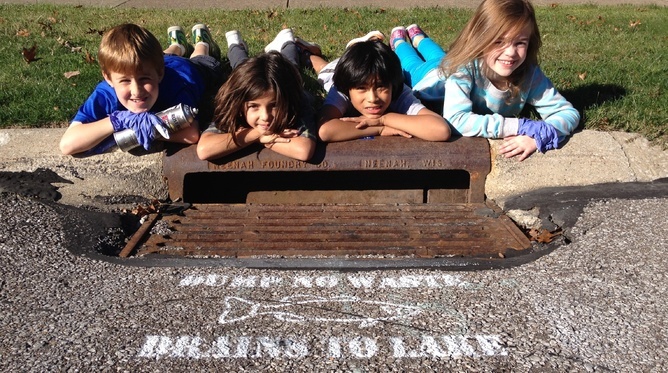 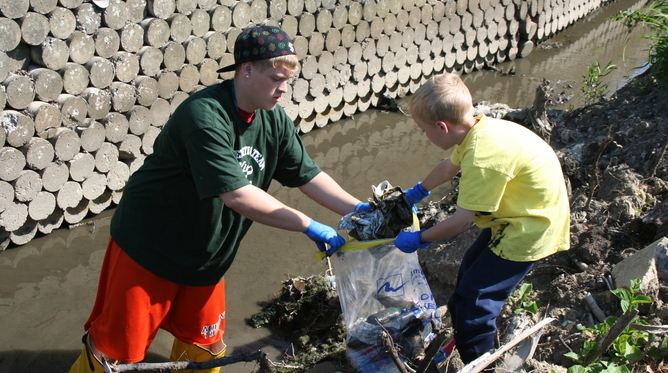 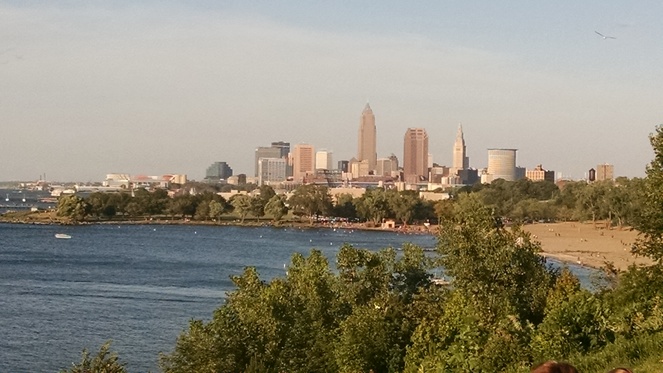 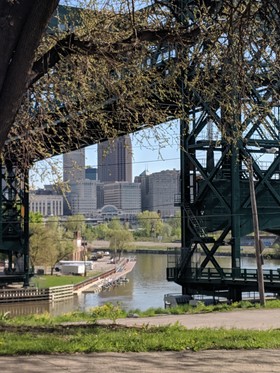 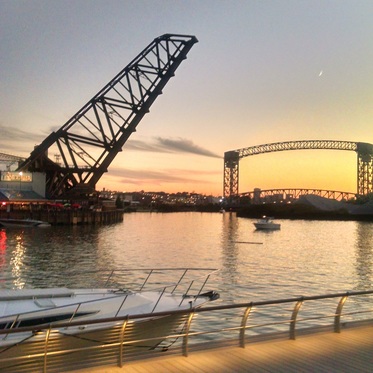 On June 22, the city of Cleveland and the Cuyahoga River will celebrate a half-century of cleaner water. Cleveland, a Rust Belt city, often heralded as the “Mistake on the Lake” has rebounded from rust to blue. So, having been of a certain age in 1969, I want to take you on a quick tour through the decades.

In 1969, Cleveland’s population was around 750,000 and home to quite a few Fortune 500 companies. But while the City was economically booming, degradation of its natural resources had taken its toll. It was not unusual to see mountains of suds churning on the Ohio and Erie Canal, the Cuyahoga River Navigation Channel looked like a dark brown bathtub with dead fish and shimmery oil sheens skimming along the surface, and Lake Erie seemed to die almost overnight. To this day, the clams, snails and some types of fish have never returned to the Lake.

And then the fire and the media storm that followed. Throughout the years, Clevelanders endured endless insults, jokes, and goofy slogans. But the Clean Water Act (1972) sprang from that Walk of Shame. Every year since 1972, the water quality in the River and Lake Erie has improved and the City and region is prospering from the positive changes. Today, fish caught in the River have been declared safe to eat.

Despite a terrible reputation, people still wanted to enjoy the waterfronts. The Cuyahoga River, a working river to this day, attracted early entertainment establishments especially on the Flats East Bank—Fagan’s, Jimmy’s, and the Watermark. Fine dining came to the Flats in the early 1980’s and by the end of the decade, reports from the Ohio EPA indicated that aquatic life, such as fish and bugs, had rebounded.

In the early 80’s three women formed the Cleveland Waterfront Coalition (Coalition) and began advocating for the waterfronts as “a places for people.” Regular meetings featuring a variety of speakers were held, a historic and futuristic slide show was taken on the road, and the membership had early discussions about the future of the confined disposal facility that held the contaminated sediments dredged from the river (Dike 14s). The membership of 1200 pushed, prodded and strongly advocated for a lakefront development at the foot of East 9th Street.

In 1987, Cuyahoga River was identified as one of 43 Areas of Concern on the Great Lakes. A regional, multi-agency work effort got underway to develop the Cuyahoga River Remedial Action Plan (RAP). The RAP identified 14 beneficial use impairments for the River and nearshore areas of Cleveland. Those impairments included degraded bug and fish populations, fish tumors, loss of fish habitat, restrictions on placement of dredged sediments (hence Dike 14), lack of public access and more.

North Coast Harbor was dedicated in 1988 and Coalition volunteers continued to staff events that attracted people to the Lake and the River. As the water got cleaner, the Flats became a highly popular destination, especially in the summer. Bumper to bumper traffic, especially in the summer and on weekends was not unusual. In the 90’s, events like RiverFest and the Crazy Craft Races helped build greater appreciation for the City's waterfronts. Just a few years prior, no one would dare to immerse themselves in the river!

Educating the public about water quality concerns and opportunities to get involved became a further rallying cry in the battle for clean water. Educational projects like storm drain stenciling and a "Week in the Creek," clean up events like RiverSweep and tree plantings on the water's edges, and fun events like RiverDay, raised awareness about Cleveland's rich water resources.

In 2012, the former Dike 14 opened to the public as the Cleveland Lakefront Nature Preserve. The following year, Cleveland turned over the lakefront parks to the Cleveland Metroparks and the redeveloping Flats features new parks, trails, apartments, restaurants, and a long-overdue boardwalk.

Cleveland has been enjoying a renaissance. Visitors who once denigrated Cleveland’s river and lakefronts are now enjoying the new attractions and living near the water. Proudly, the Cuyahoga Soil & Water Conservation District, which has played an active role in the restoration of water quality, is celebrating its 70th anniversary during this celebratory year. We invite you to continue the celebration of clean water into October when we toast our board, staff, and work at our anniversary event which will be held on October 21 at Merwin's Wharf on the River.

It has been an incredible opportunity amazing journey over these 50 years. As a lifelong Clevelander I am happy that Cleveland has gone from the Rust Belt to the Blue Belt. Cheers!