Living In Harmony with Wildlife - The Misunderstood Virginia Opossum 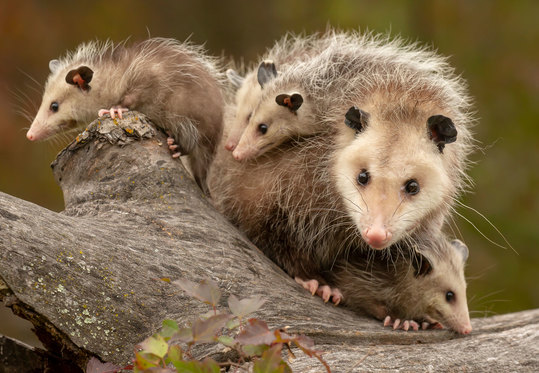 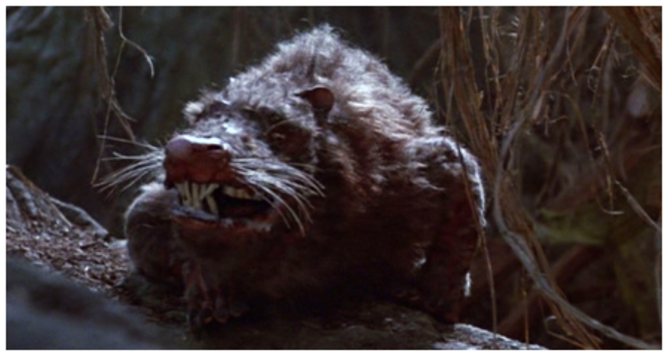 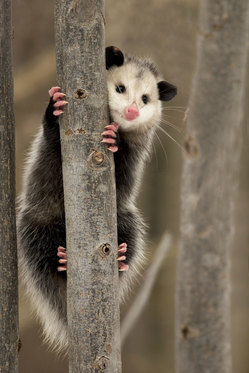 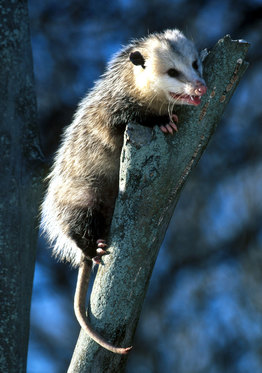 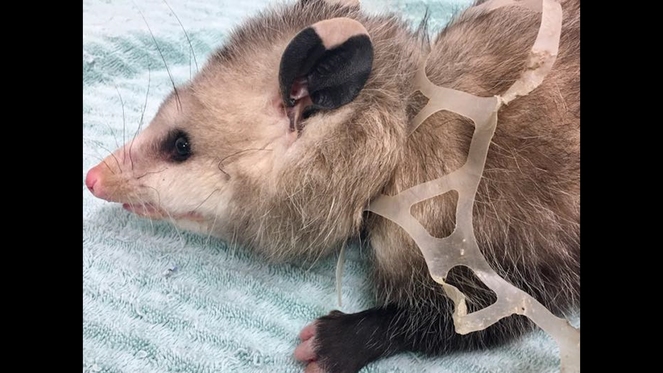 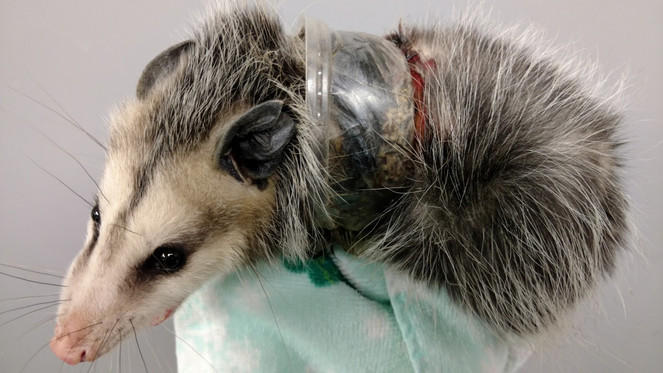 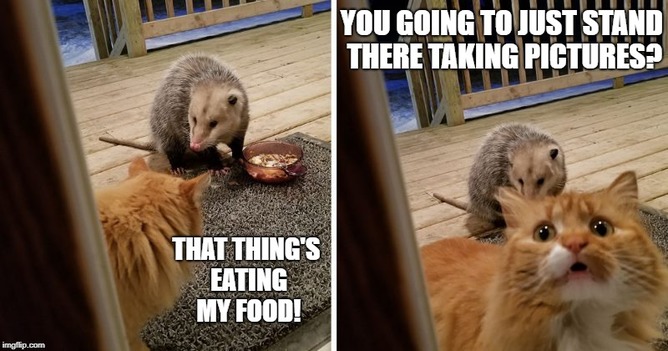 The Virginia opossum is an often feared and misunderstood creature due to its strange appearance resembling a cuter version of a "Rodent of Unusual Size (R.O.U.S.)" with their naked tails and ears, sharp claws, and mouths full of pointy teeth. Although they may look the part they are not a rodent at all. They are actually a marsupial, which means they carry and nurse their undeveloped offspring in a pouch until they are ready to venture about on their own, just like a koala or kangaroo. Not to mention they have an opposable toe on each foot and a prehensile tail. This tail allows them to hang upside down from branches for short periods, however, unlike popular belief they do not sleep upside-down. Even cooler than that they are the only marsupial species and one of the most primitive mammal species in North America! And of course, that cute, pink, button nose. Not nearly as big as an R.O.U.S., they are about the size of a cat ranging from about 6.5 - 13.5 pounds. Like a cat they spend a lot of time grooming and are actually quite clean. They have also been found to have a better memory than rats, rabbits, dogs, and even cats! Unfortunately, they have a very short lifespan in the wild living only an average of 1.5 years.

Often they are seen as a nuisance species because, as opportunistic omnivores (meats, fruits, veggies, carcasses), they often get into people's garbage or outdoor pet food. They are opportunistic in finding a place to call home using tree cavities, brush piles, dens abandoned by other animals, or cavities in buildings. In addition, when they are frightened they will hiss, show off their teeth, foam at the mouth, and when all else fails they involuntarily become comatose and "play dead" due to shock for up to four hours. Not too many predators want to eat something that is big and scary or dead so that usually does the trick. Due to poor hearing, poor eyesight, and a slow pace they are often hit by cars and found mangled on roads. Because they have scruffy course hair, fear tactics, a rat-like tail, and scavenge for food people often see them as filthy, dangerous animals when actually they are pretty harmless, non-aggressive, clean, and beneficial critters to have around.

What's so great about this strange looking creature and why would I want them in my yard? Well unlike skunks and raccoons, your pet is far less likely to get hurt in a fight or sprayed by an opossum. They are part of nature's clean-up crew and happily do the work other animals, including humans, don't want to do. They handle second and third shift working at night. They eat the over-ripe fruits and veggies from your garden or yard which can attract pests. They take care of pesky snails, slugs, and beetles in your garden. They even eat the corpses of dead animals that can carry disease and bacteria. They also eat mice and deter rats and cockroaches that compete with them for food and territory. With the concern with rising tick populations and Lyme disease you should be happy to hear that due to their cat-like obsession with cleanliness, one individual will consume up to 5,000 ticks in a season! And they do it all without spreading diseases to humans and pets! Like any mammal they can get rabies, however, unlike other mammals they are extremely resistant to rabies. This may be due to their low body temperature which does not allow the virus to survive in their system. "Inconceivable!" (Yes, I had to do it).

So, how do we live in harmony with these cool nocturnal creatures? As with other "nuisance" species, if you do not want them in your house, yard, or around you or your pets don't provide them with free room and board.

Should you encounter one in your home they can easily be corralled using a broom and shooed back outside. They may give you the angry face, but don't fall for it. Just keep your distance and be persistent and they will go. Should they "keel over dead" all the easier to move them, right?

Speaking of keeping your garbage locked up tight, this is not only to keep nocturnal animals from spreading garbage all over your yard or neighborhood and creating a gross mess to clean up. It is very important for all wildlife. The garbage that we toss aside can cost the life of another. Animals, including our pets, can choke on pieces of trash or chicken bones or cause damage internally. Foreign objects can become lodged in their intestines or breakdown and become toxic in their systems. Make sure that you cut up your plastic 6-pack rings, rubber bands, loops of string, drink lids, etc. as this can get caught around animals and as they grow will cut into them, become embedded and cause massive infections or choke the animal. Use reusable or biodegradable containers, bags, and straws when possible. Remember, everything we do affects something else, which in turn has another effect on something, and so on, which then cycles back to us. Everything no matter how big or small is connected and makes a difference somewhere, somehow.

AJC.com - We're not playing: Here's how possums can help your household

Opossums: Unsung Heroes in the Fight Against Ticks and Lyme Disease