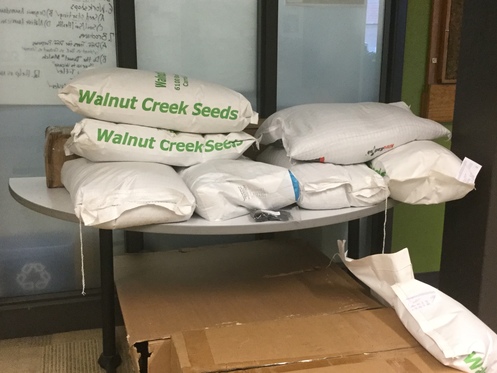 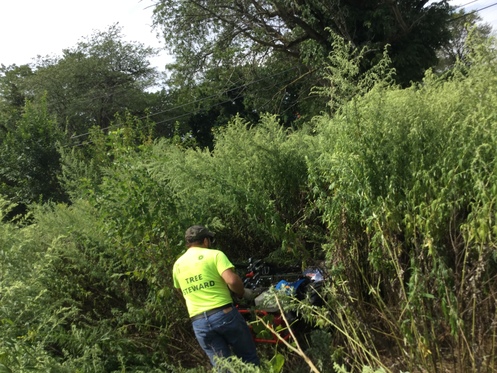 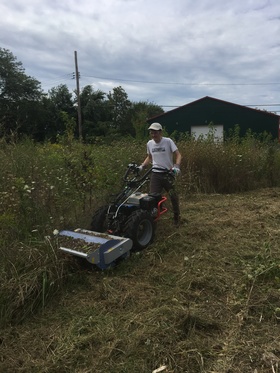 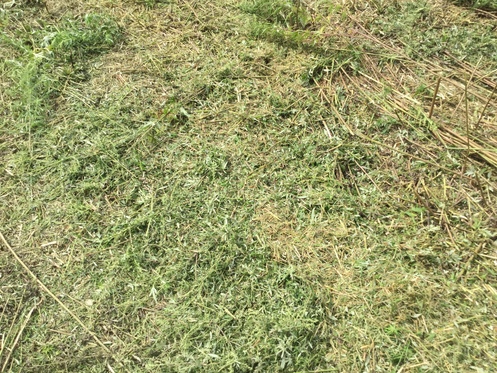 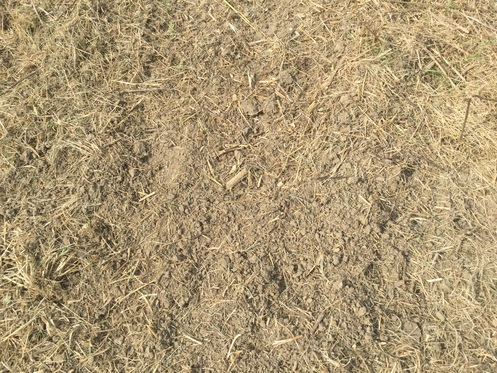 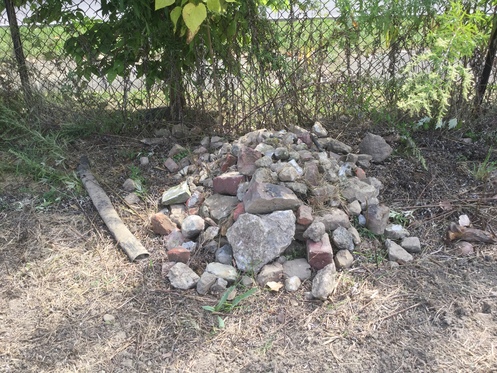 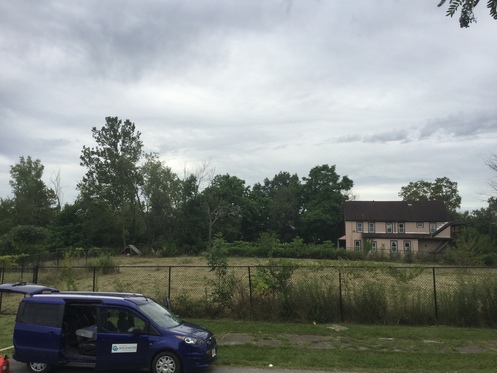 As of last week, Cuyahoga Soil & Water’s fearless Admin, Patrick Connolly and I commenced a two-year cover cropping project on Cleveland Landbank soils. This project has been in the works since spring, and I’m excited to finally have lift off.

For Cover Cropping Cleveland, we have established some new conservation partners and got some help from some older ones. First and foremost is the Ohio Israel Agriculture Initiative (OIAI) and their portfolio company, Groundwork BioAg. OIAI did all the heavy lifting in terms of grant writing. Groundwork BioAg donated mycorrhizal inoculant for the cover crop seeds. The Cleveland Foundation provided the necessary funding. West Creek Conservancy offered us a site at Kinsman Farm to work. Union Miles Development Corporation found us a second suitable site in a quick pinch. When we needed a freight dock for our big rig delivery of cover crop seeds, Rust Belt Riders came to the rescue. To all of our partners, I say “thank you!” It really does take a village.

When a house is condemned, it generally finds its formal demise via a backhoe. This giant machine with its mechanical arm and tank treads rolls onto a property and makes quick work of a house. The mechanical arm with its bucket attachment then scoops and scrapes up the debris, taking along the topsoil with it. The remaining subsoil is generally extremely compacted, biologically dead, alkaline, low in organic matter, and full of rocks, bricks, slag, and foundation stone (what we call “urbanite” in the urban agriculture world). In the office, we call these soils “green concrete” because of their stormwater impermeability. Monoculture grass is one of the few things that will grow in these soils. This is the problem we are trying to solve with Cover Cropping Cleveland.

To note, these soils have sent plenty of urban farmers packing after one year. These soils have frustrated would-be tree planters with untimely tree deaths. These soils create great expense with their constant need to be mowed. Hypothetically speaking, what if we as a society can do something better than grass as an urban land management tool?

So can we use cover crops to increase soil tilth in extremely degraded urban soils? This is the question we are ultimately trying to answer. If it works (which I think it will), it will benefit urban farmers, tree planters, pollinator habitat makers, and park planners. It will also increase the soil’s ability to mitigate stormwater as a 1% increase in organic matter is a 20,000 gallon increase of an acre’s ability to hold water per rain event. Who knows? It may even decrease maintenance costs.

In terms of measuring our success (or potentially failure), we will be performing five separate soil tests at the beginning, end, and three times in between those two years. We will scientifically be looking at what happens to organic matter (hopefully it increases) and what happens to micro-organisms (hopefully they increase). These parameters will be outsourced to soil labs. Additionally, we will visually be looking for changes in color (hopefully darkening) and changes in soil aggregation (hopefully from compacted clay to something with at least a little bit of texture).

Starting tomorrow night, rain is in the forecast for the rest of the week. This is a perfect indicator that we need to get our seed down and in the ground tomorrow. Wish us luck and stay tuned!