You Are Not Going Crazy; The Sky Does Change Color. 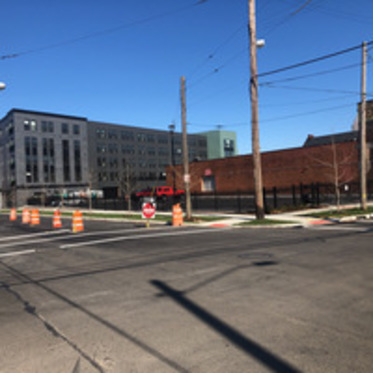 As I was sitting looking out the window one mid-October day, I noticed that the sky seemed to be exceptionally blue. My roommate walked by, and as if he could tell what I was thinking, asked, “Does the sky look bluer to you than normal in the fall?”. This struck me because in my mind I had always felt that the sky looked more, or less, blue at various times of the year, but I did not think anyone else noticed this. I assumed it was just my mind playing tricks on me. A quick google search later revealed that others had this same question as well. My interested was piqued and I needed to do some more research.

After some research I found that the answer is fairly straight forward. The sky does appear to be bluer in Fall (and winter for that matter), than it does the rest of the year. The reason is twofold. Rayleigh Scattering and the amount of water suspended in the air.

Rayleigh Scattering (Rayleigh Wiki) is the interaction between the light waves and the atoms of various gases and particulates in our atmosphere (primarily oxygen and nitrogen). This causes the sky to look blue and the sun to look red/yellow. This is also the reason that the sky looks red at sunset and sunrise. Because of this interaction when the sun has a lower angle compared to the atmosphere (such is the case in fall and winter), the sky appears bluer. This phenomenon is also less prevalent the closer one is to the poles (Explanation), leading to their being less of a change in the “blueness” of the sky.

Additionally, the amount of water vapor that is suspended in the air effects the color as well (Explanation). The warmer the air is, the more water vapor there is, and the larger the droplet size is. This causes the light to scatter more causing a lighter blue or even white look to the sky. The opposite is true when the air is cooler. This causes there to be less vapor with a smaller droplet size leading to less scattering.

If you have noticed that the sky is a different shade of blue and wondered why, now you have your answer. You are not going crazy; the sky does change color.