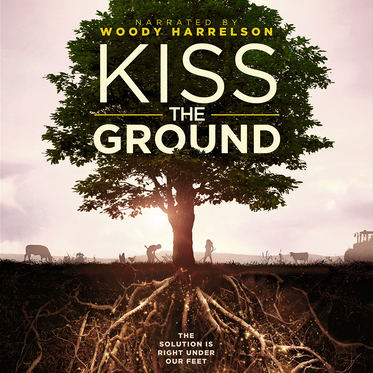 Carbon is at the core of both climate change issues and soil health issues. Generally speaking, we need less carbon in our atmosphere, and more carbon in our soils. When we till, deforest and otherwise disturb our soils, carbon is released into the atmosphere. We can return carbon to the soil through practices such as cover crops, reforestation and composting.

But did you know that a worldwide 0.4% annual increase in soil carbon can store 75% of annual greenhouse gas emissions?

That is just one of the many interesting takeaways from the documentary film Kiss the Ground, which is currently streaming on Netflix and a few other sources. Despite the presence of a handful of celebrities and researchers, the real star of the show is NRCS Soil Scientist Ray Archuletta. Among other storylines tied to the connection between soil health and climate health, the filmmakers follow Ray as he works with farmers all over the country to adopt regenerative soil and farming practices.

It is not often that I am genuinely inspired by a film, or given hope that there are actual, implementable solutions to the climate crisis, but Kiss the Ground did inspire me and gave me hope. And I think it will inspire you, too.