When will Chicago’s trend start in Cleveland? 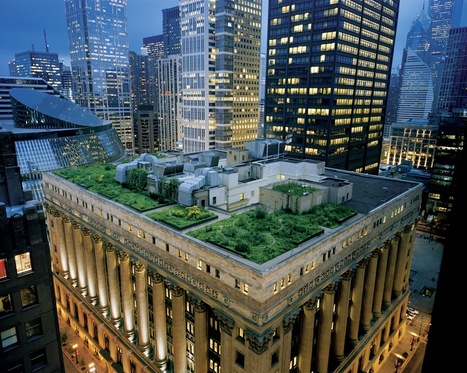 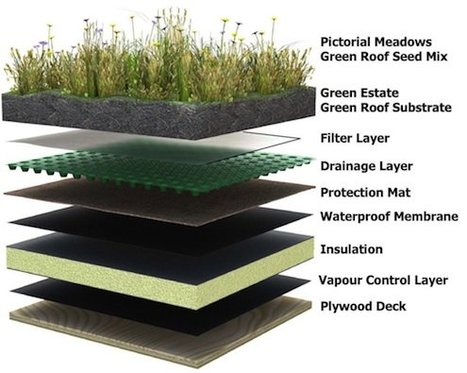 A green roof is in essence a rooftop garden. The roof of a building is constructed (or retrofit) with specific layers that allow rain drops to soak into the soil, plants, etc., rather than running directly off into the storm sewer system.

Why did the City choose Green Roofs? In 1995, a heat wave in the City claimed the lives of several people. They needed a practice that would curb the heat island effect. In addition, the City of Chicago has a combined sewer system (stormwater and sewage together in one pipe). The rainfall from the rooftops, roads, sidewalks etc. in this ultra-urban environment often overwhelms the old sewer pipes and causes overflows into the Chicago River and Lake Michigan.

Only half of the rooftop on City Hall was retrofit. The other half remained asphalt so that the City could test the benefits of the green roof. Through this experiment, they have been able to quantify the following:

In 2004, the City of Chicago developed a sustainable development policy that required any private developer getting assistance from the City to include sustainable features in their design. This policy helped to kick off the Green Roof Boom within the City.

The latest numbers I could find indicate the City of Chicago currently has 509 green roofs covering 5.5 million square feet of rooftops throughout the City.

Here in Cleveland, we have a much smaller number of green roofs. It is often a hard sell to developers to pay for a practice that cost 2 to 3 times more. We need to start looking at the full picture and quantifying the benefits in the long-term and providing incentives to those developers who are willing to be at the forefront. Hopefully we can look to Chicago for inspiration. Rooftops are the forgotten space that could truly become an asset to our community!