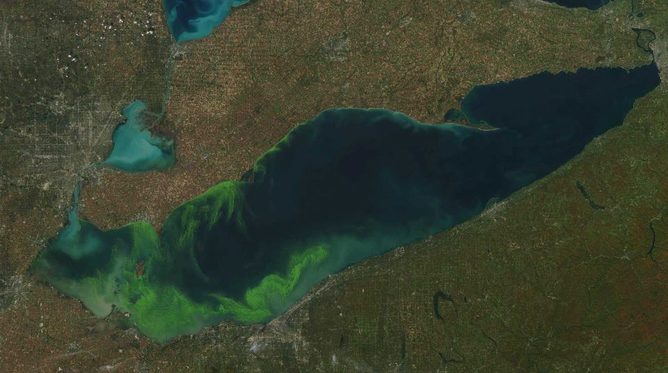 The Ohio Lake Erie Central Basin watersheds, specifically the Rocky, Cuyahoga, Chagrin, Grand, and Ashtabula are river systems of similar size and have similar land uses and water quality impairments. Yet these watersheds are not managed consistently and are generally too small to bring significant attention and resources to bear to effectively address management issues. The smaller Lake Erie direct drainage watersheds, some of which have active programs such as watershed coordinators, are also not managed in a consistent manner. The land uses within all of these watersheds in the central basin play an often overlooked, but important role in water quality in Lake Erie and warrant consistent management as a single watershed unit.

As an initial effort the core group including seven SWCDs (Ashtabula, Cuyahoga, Geauga, Lake, Portage, Summit and Trumbull) decided to work together to deliver a consistent conservation message aimed at reducing nutrient pollution through better “good housekeeping” practices to help address potential impacts of harmful algal blooms. A small grant was received from the Ohio Soil and Water Conservation Commission to initiate an educational campaign aimed at reducing overuse of fertilizers, which affects algal growth in Lake Erie.