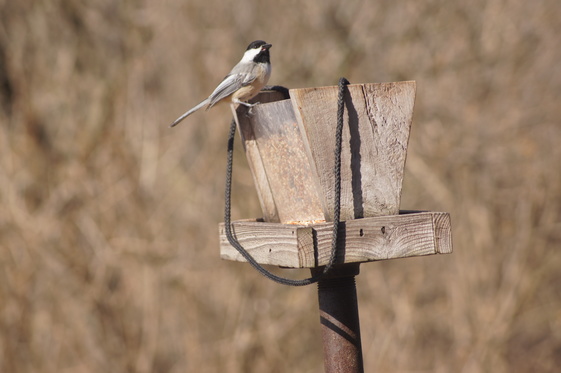 Urbanization is the process of transforming wild lands to better meet the needs of humans. What this usually consists of is clearing much of the native vegetation from the landscape and replacing it with grey infrastructure such as roads, and parking lots. An urban ecosystem can be thought of as a system influencing, and being constantly influenced by human attitudes, behaviors, and policies. Certain species are naturally well suited to the altered environment. Some are able to adapt to these changes, while others decrease in population as a combination of mortality and emigration.

Urban environments do not consist of one type of habitat. The urban environment is filled with unique areas of habitat that include parks, cemeteries, vacant lots, streams, wetlands, residential yards, schools, university campuses, and transportation areas such as airports. Each of these areas plays key roles in a species success. Airports as an example provide many perching possibilities for birds of prey such as red-tailed hawks feeding on grass dwelling small mammals such as moles or voles. Often times cemeteries find themselves home to rabbits having nests next to headstones.

Today, most people enjoy wildlife. They believe that being able to see and hear animals somehow adds to their quality of life and brings beauty and aesthetics. However, in some cases this sense of enjoyment can quickly turn to dissatisfaction as some species may cause damage to the property or present with other negative human-wildlife interactions.

Most government agencies play little or no role in addressing the issues that are presented by urban wildlife, contrary to popular belief that it is the government’s role to manage wildlife. There are very few agencies that do take a role in shaping the public perspective and manage the populations of wildlife such as state Natural Resource Agencies, but even then their scope of practice is limited as a result of resources. So who is responsible for the management of our wild neighbors? To answer the question, let me provide you with some basic information researched on the state of Ohio. Ohio’s land base is approximately 26.4 million acres, consisting of 13.6 million acres are agricultural, 7.1 million acres are forest, and 3.6 million acres of urban. What that adds up to is that approximately 93% of the total acres are privately owned and operated. So, the person who has the most influence of managing urban wildlife is you!

So what are some things that you can do to reduce any negative interactions with our wild neighbors? In school we were always taught the REPEL method.

The first letter “R” stands for the removal of food sources. Examples of this can be as follows:

The second letter “E” stands for the elimination of cover and shelter. Examples are as follows:

The third letter “P” stands for putting up barriers. Examples are as follows:

The fourth letter “E” stands for excite or agitate. Examples are as follows:

The fifth letter “L” deals with the most controversial of them all, and that is the legal removal or take of a species.

Urban wildlife can provide great benefits and success to our urban environments and its overall ecology. As a society we need to educate ourselves and take the time to know our neighbors. The Cuyahoga Soil & Water Conservation District is here to help educate you on urban wildlife and the issues that surround them to help you make sound decisions for the well-being of our resources!