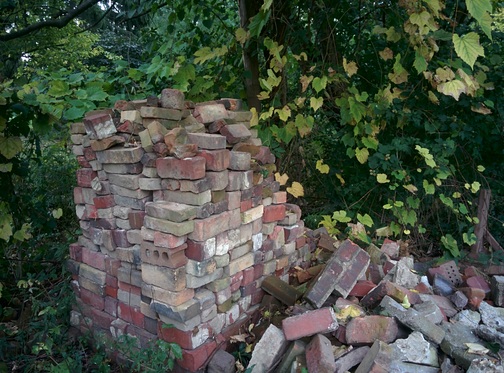 My name is Justin Husher, and I’m the new Horticulture Specialist for Cuyahoga Soil & Water Conservation District. My main task over the upcoming year is to write the Blueprint to Urban Agriculture. However, the additional bullet points of my job description could be summarized as helping urban growers to get better at growing and selling. To that point, I’ve been interviewing and site visiting many urban farmers and their farms. In three short months, patterns are starting to emerge. These are summarized below.

Two character traits seem to translate to success. The first is a relative no-brainer, and that is strong leadership. A person with a goal or vision, coupled with a can-do spirit and the charisma to bring others along for the ride, has a good foundation for successful urban growing. The second trait is not so obvious, and that is deft at materials acquisition. Whether it’s navigating the paperwork to get an EQIP hoophouse, calling tree pruners for deliveries of woodchips, driving out to Amish country for the best deals in organic fertilizers, or knowing industrial surplus warehouses, the ability to get materials cheaply and quickly is a boon to urban growers.

I’ve also seen several bad practices frequently enough to call them a pattern. The first two are in regards to landscape fabric. One, folks are using landscape fabric in their rows of raspberries. The problem here is it prevents the raspberries from spreading, which is what raspberries are supposed to do. Second, folks are using landscape fabric and plastic under woodchips for rows and paths. This will definitely help to prevent weeds. However, it will also inhibit worms from churning into and through that woodchip layer; it will prevent water percolation, leading to run-off; and because of the lack of contact between woodchips and soil, it will impede the breakdown of the woodchips into humus-rich soil.

The third bad practice is specific to new urban farmers. Basically, new farmers are getting stuck between being an overly big time gardener, but not quite a full-fledged farmer. These growers are planting enough tomatoes for themselves, neighbors, friends, and family, but not quite enough to make it to market every week. Nobody likes a meager table at a farmer’s market. To quote my 14-year old skateboarding self, “go big or go home.”

Here in Cleveland a lot of weight is put behind the opinions and actions of our Community Development Corporations (CDCs). So I ask; how can CDCs help the urban grower? First, a change in mindset to thinking that urban farms and community gardens are in fact a community asset versus a short-term grant getting vehicle would be a welcomed start. Second along the lines of building a community asset, these garden spaces are not developed in a single day or even season. So, CDCs can give a moratorium on looks-based complaints for at least two years while the site is being developed just as they do for big projects like Medical Mart or the new Lakewood High School. I doubt the foreman of Medical Mart ever had to field a call about the weeds in their fence line.

CDCs can also help farmers with two other very specific needs. One, almost all farmers have a need for woodchips, whether it’s for building beds, or paths, or amending soil. This need is constant. CDCs often have relationships with tree pruning companies. These companies pay fees to dump their chips. Thus by acting as matchmaker, it’s win-win for both the farmer and tree company. Two, all farmers could use a dumpster when getting started. Rust Belt soils are filled with bricks (see picture), concrete, slag, asphalt, pipes, plumbing, and everything else under the sun. In order to avoid complaints, this trash must go somewhere. A courtesy dumpster via the council person via the CDC is the easiest solution. It’s definitely better than having the cops called because you dropped some asphalt off at the nearest apartment’s dumpster.

I’ve been here three months now. I feel like I’m just seeing the tip of the iceberg in terms of the urban farm landscape. I’m looking forward to seeing what other patterns emerge, and how I can help it grow.