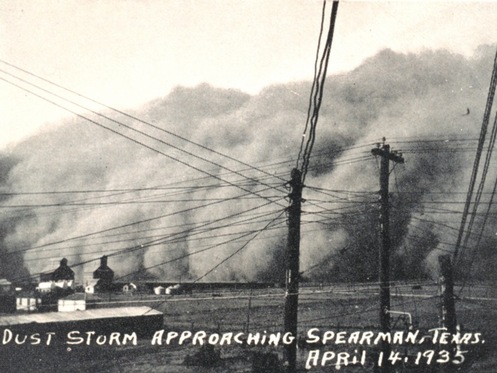 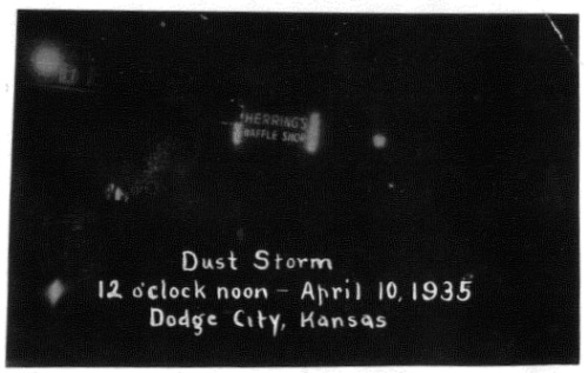 During The Great Depression the plains states were ravaged by a decade long drought. Dust storms were not unusual but on Sunday, April 14th 1935 a storm blew up that would change history.

The massive dust storm was reported to be 1000 miles long with wind speeds up to 100 miles per hour. The storm was comprised of 300,000 tons of dust. The day became known as Black Sunday.

Read through this brief article about Black Sunday from Mental Floss.

After the dust had settled the US government started to focus on ways to repair the soil of the Great Plains that had been over farmed and prevent the likelihood of such a storm from occurring again.

The Soil Conservation Service(SCS), which was formed in 1932, turned its efforts to assisting farmers on how to plant in order to conserve the soil and minimize erosion.

Soil and Water Conservation Districts are the local outgrowth of this Federal agency. Cuyahoga SWCD can trace its founding in 1949 to the programs and initiatives derived from the SCS.

After 85 years the NRCS and its cooperative SWCDs still focus on the conservation of land and water resources.

For more information about the Dust Bowl and soil conservation efforts watch this PBS documentary by Ken Burns called "The Dust Bowl."