Is the Urban Ag Bubble Popping? 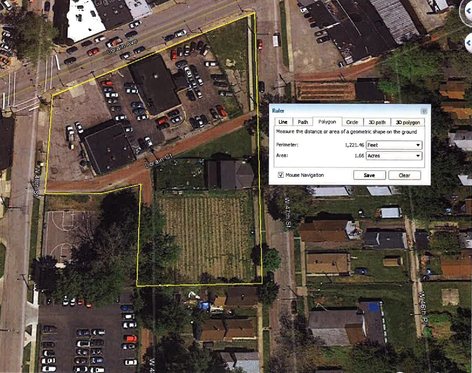 Several weeks ago, my delicate urban ag psyche received a 1-2-3 punch in the face. I can’t remember the exact order all of the harrowing news had been unloaded on me, but it was comprised of both local and national happenings.

At a national level, Will Allen, founder and CEO of Growing Power, resigned from Growing Power and retired from urban farming. This is particularly shocking because over the last decade Mr. Allen has literally been the face of urban farming, so much so that he won a Macarthur “Genius Grant” in 2008, was listed as one of Time’s 100 Most Influential People in 2010, and even earned an honorary doctorate from the University of Wisconsin-Milwaukee for agriculture in 2012.

His resignation stems from debt issues and nearly a half million dollars’ worth of pending judgments. For a man who preached about small-scale farm sustainability, it would appear that his company was anything but sustainable and relied on contributions and grants to cover operating expenses. At this time, the Growing Power website is literally just a shell of a home page. For more information regarding Will Allen and Growing Power, please see the links below.

At the local level, I was attending an Advisory Committee meeting at Ohio State University Extension when I heard confirmation of a virulently circulating rumor. In 2018, Cleveland Crops will be no more. At its height, Cleveland Crops managed seven different farm sites over 20 acres, ran a commercial food-packing kitchen, and trained over 100 clients. In terms of Cleveland agriculture, they were the biggest fish in the sea. So for them just to pack up and be done without a formal press release seems very unresolved. It will be interesting to see what happens to Cleveland Crops’ assets, especially the greenhouse on Stanard.

Right around this time, a co-worker shared some new development plans with me from Cleveland’s Ohio City neighborhood. These plans clearly show a sizable agriculture site that will be developed into squash courts. The pun-oriented joke that squash blossoms are making way for squash courts somewhat made us chuckle in the office, but offered no real consolation.

So, is the urban agriculture bubble popping?

Honestly, I’m not sure, but I don’t think so. Rather, it seems that we’re in a transitional phase of urban agriculture. Here in Cleveland, quite a few farmers have come and gone, but quite a few have stuck it out and have become amazing growers. Also, universities are getting in on urban agriculture and have started adding classes or full-blown programs. CEA is more popular than ever and is attracting investors all around the world. If you’re unaware of CEA, it stands for controlled environment agriculture. It’s basically indoor agriculture that utilizes hydroponics in either a greenhouse structure plus the sun or a truly indoor setting like an insulated shipping container with LED lights. Curtis Stone, the Canadian dirt farmer and author of Urban Farmer, has videos with over 750,000 views. This is clearly an indication that people care and are interested in urban farming.

To re-iterate, I don’t think urban agriculture is going anywhere it's just morphing into something different than what was initially envisioned. That being said, I’d be curious what the community thinks. So, what do you think? Please leave comments.